On the twelfth day of Christmas

my true love gave to me,

At first I considered the Lords of the Dance. 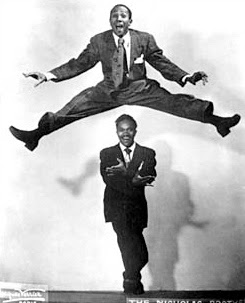 Or Russ Tamblyn in "West Side Story". 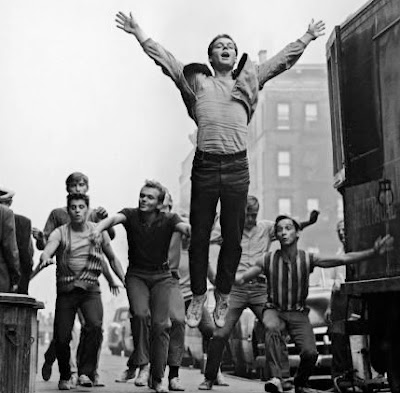 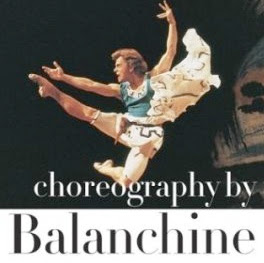 Who is so good he gets two pictures. 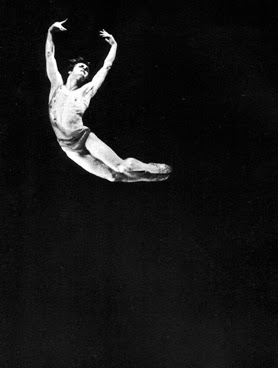 But then I thought of my darling children and their shining faces on the twelfth day of Christmas, and knew it had to be marvelous, incredible leaping Lipizzaners 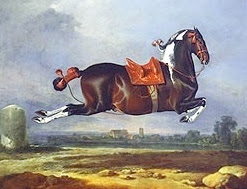 "Cerbero"; oil on copper, c1725, by Johann Georg von Hamilton
Cerbero was a Neapolitan brown piebald, one of Emperor Charles VI's favorite riding horses. From the collection of the Lipizzaner Museum. 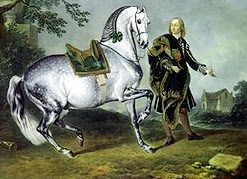 "Scarramuie"; oil on copper, c1725, by Johann Georg von Hamilton
Scarramuie was a dapple-grey of the Neapolitan school, and here performs a piaffe (a trot in place) in the hands of a stable boy. From the same collection. 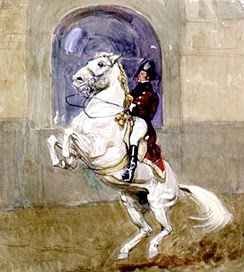 "Courbette"; watercolor, 1923, by Ludwig Koch, from the same collection

White Stallion of Lipizza by Marguerite Henry; available new from from Sonlight

The 1963 movie "Miracle of the White Stallions"

and for your own wee riding school, Schleich's Lipizzan horse family

And to all a goodnight.

With that, folks, Christmas is officially over at Farm School as of tomorrow and if I have the energy -- after the 12 days of Christmas, this recent blogging spurt, and the Cybils (short list to be announced Sunday, which I'll post here after swilling my coffee) -- the tree will be "planted" in a snowbank outside and the decorations returned to their boxes.