Something more traditional, for Junior at Chicken Spaghetti 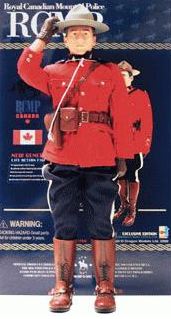 For Susan's son Junior, who has the good taste and good timing to wonder about that neighbour to the north.

It's not Canada without:

Your own 5-foot tall, glow in the dark 3D CN Tower puzzle


Canadian poetry and art for children:

In Flanders Fields: The Story of the Poem by Linda Granfield; picture book version of John McCrae's famous World War I poem

Til All the Stars Have Fallen: Canadian Poems for Children, edited by David Booth

Voices on the Wind: Poems for all Seasons, edited by David Booth

A First Book of Canadian Art by Richard Rhodes

The Hockey Sweater by Roch Carrier; a Canadian classic

A Happy New Year's Day by Roch Carrier; his autobiographical picture book about the festivities in rural Quebec

O Canada and Children of the Yukon by Ted Harrison

Robert Service's poems, with illustrations by Harrison: The Cremation of Sam McGee and The Shooting of Dan McGrew

Some of our other favourite Canadian picture books:

Cinderella Penguin: The Little Glass Flipper by Janet Perlman; also by Perlman and very, very funny, The Emperor Penguin's New Clothes and The Penguin and the Pea

Something from Nothing by Phoebe Gilman

Where Does a Tiger-Heron Spend the Night? by Margaret Carney

Emma and the Silk Train by Julie Lawson

Come to the Fair by Janet Lunn

Selina and the Bear Paw Quilt by Janet Wilson

The Prairie Fire by Marilynn Reynolds

The Night the Stars Flew by Jo Ellen Bogart

The White Stone in the Castle Wall by Sheldon Oberman, about Toronto's own castle, Casa Loma

M Is For Maple: A Canadian Alphabet by Michael Ulmer

Eh? to Zed: A Canada Abecedarium by Kevin Major

ABC of Canada by Kim Bellefontaine

Z is for Zamboni: A Hockey Alphabet by Matthew Napier; also by Napier, Hat Tricks Count: A Hockey Number Book

A Northern Alphabet by Ted Harrison

Here is the Canadian history post I wrote last fall, with books suitable for preschool to third grade, or grade three as we say up here; unfortunately, the page with Nicola Manning's amazing Canadian history book list no longer seems to be available; I'll try to add more titles here as soon as possible.

A Pioneer Sampler: The Daily Life of a Pioneer Family in 1840 by Barbara Greenwood

A Pioneer Thanksgiving: A Story of Harvest Celebrations in 1841 by Barbara Greenwood

A Pioneer Christmas: Celebrating in the Backwoods in 1841 by Barbara Greenwood

Gold Rush Fever: A Story of the Klondike, 1898 by Barbara Greenwood

The Kids Book of Canada by Barbara Greenwood

The Kids Book of Canadian History by Carlotta Hacker

The Kids Book of Canada's Railway: And How the CPR Was Built by Deborah Hodge

The Kids Book of Great Canadians by Elizabeth McLeod

The Kids Book of Canadian Firsts by Valerie Wyatt

Forts of Canada by Ann-Maureen Owens

Proud Canadian Kids website, created by a Kindergarten teacher in Stratford, Ontario; with a special link for K-Grade 2 sites